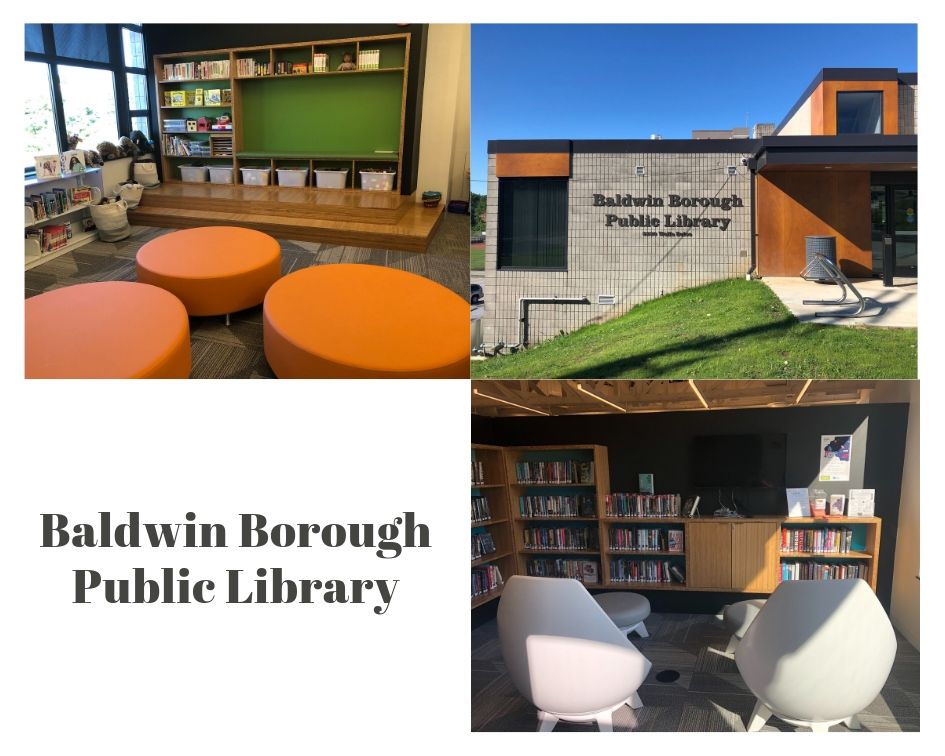 Baldwin Borough Public Library at Leland sits on top of a hill overlooking two well-groomed baseball fields. The library stands out with its modern design— a mixture of concrete walls, wood accents and abundance of windows. Out its front doors, rows upon rows of houses line the streets. If you stand in the back parking lot, apartment buildings dominate your field of vision. When our Digital Bookmobile team arrived on site, we were impressed at the library’s great location and accessibility to the community, but we soon found out that it hasn’t always been that way.

Prior to making Leland its forever home, the library was nestled inside a converted middle school building two miles down the road. In addition to sharing the building with a tax office, an interfaith movement group, and a family center–among others–the library also had to use three separate rooms to function. “If I was at the circulation desk in one room, I could never tell if a patron in another room of the library needed help,” said Pam Calfo, Public Services Librarian. This was just one of many challenges the library staff dealt with at their old location. Not only did renting their space make it hard to program outside of operation hours, but the library itself was running out of space.

After coming to terms with the fact that they would one day outgrow the space they were in, the library bought property on Churchview with plans to build a new library from the ground up. However, this would have been incredibly expensive and time consuming. Eventually, the Baldwin Borough Council proposed the Leland Center, the old community center with a poor roof that had been sitting unused as the new location for the public library. It made perfect sense. Not only would the project go faster, but because the building already had good bones, converting the building would also be more cost effective.

When Baldwin Borough Council donated the building to the library shortly after, the library put up their Churchview property for sale, began applying for grants and launched private fundraising campaigns to fund the project. Finally, on April 1, 2019 the library opened its doors at the Leland Center.

Although the library received a small amount of backlash at their decision to relocate to the Leland Center, it quickly became very clear that their to move to the neighborhood was much needed. Within the first 75 days of opening the next location, the library signed up over 300 patrons for new library cards, a 40 percent increase in new card sign-ups compared to their previous location. Baldwin Borough Public Library is positioned in a great walkable location, in addition to convenient public transport. Prior to their move, community members that needed to use services provided by the library had to walk several miles to other locations, often on unsafe roadways. Furthermore, Baldwin Borough hosts a large Bhutanese refugee community whom use the library as a resource to learn English and gather citizenship information.

After a long awaited transition period, the library staff is happily settling into their new space. Gaining over 50 percent of their previous square footage, the added space has allowed the addition of new computer stations, study booths and a programming space that can be modified to run two programs at once if needed. Library staff no longer need to run from room to room to check if patrons need help. With better sight lines they are now able to loan out laptops to patrons without their own devices, increasing access to computers by 25 percent. Find out more about their move here.

“It feels like we are a real library now and we are not just pretending,” said Jenny Worley, Director of Baldwin Borough Public Library.