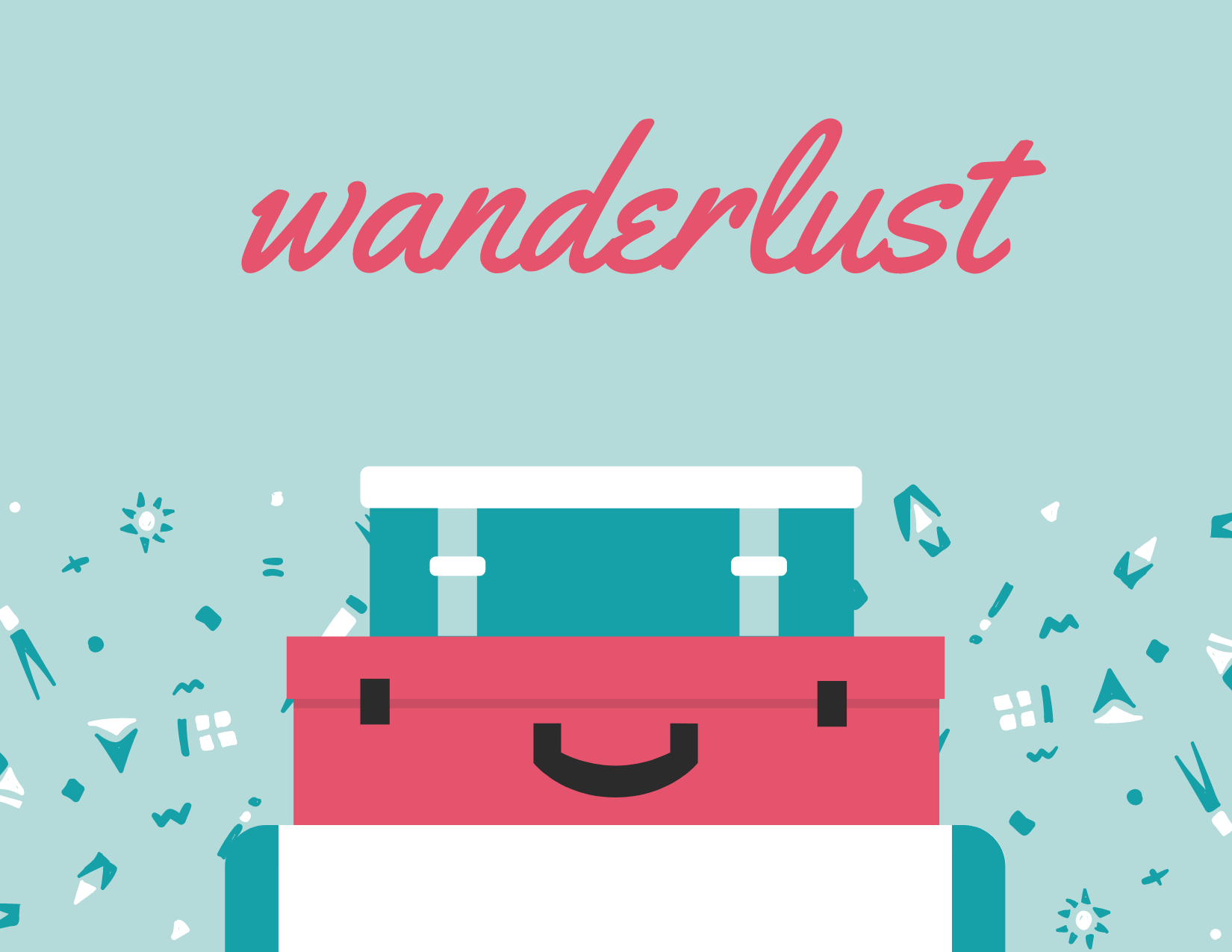 November 1st usually signifies that the end of the Digital Bookmobile tour is near. After ten months out on the road, I begin counting down the days until I can sleep in my own bed and snuggle my cats during the holiday season. After cancelling our tour in March, I have spent the last ten months feeling road sick instead, and now, at a time I’m usually happy to be returning home, my desire to travel with the Digital Bookmobile is at an all-time high.

To quench my thirst for travel (or perhaps make it worse), I’m spending November living vicariously through these authors that wrote memoirs about their experiences traveling across America. If the travel bug is also buzzing annoyingly in your ear, check out these five books from your library’s digital collection:

The Road Headed West by Leon McCarron
Terrified of the prospect of a life spent behind a desk, without challenge or excitement, Leon takes off to cross America on an overloaded bicycle packed with everything but common sense.

Over five months and 6000 miles, he cycled from New York to Seattle and then on to the Mexican border, facing tornados, swollen river crossings, wild roaming buffalo and one hungry black bear along the way. But he also met kind strangers who offered their food, wisdom, hospitality and even the occasional local history lesson, and learned what happens when you take a chance and follow the scent of adventure.

Citizen U.S.A by Alexandra Pelosi
In the HBO(r) documentary tentatively titled Citizen U.S.A., acclaimed filmmaker Alexandra Pelosi sets out on a road trip across America to attend naturalization ceremonies in all fifty states to meet brand-new citizens and find out why they chose America as their home. What she discovers is that America welcomes them all – the disabled, the cancer patients, LGBTQIA+, Obama- haters, Christian missionaries, Muslim imams, Jewish rabbis, Buddhist monks, scientists with Ph.D.s (trying to find the cure for all the diseases that are plaguing us), tech giants in Silicon Valley, movie directors, race car drivers, and even a wrestler with his own action figure!

Walking to Listen by Andrew Forsthoefel
A memoir of one young man’s coming of age on a journey across America—told through the stories of the people of all ages, races, and inclinations he meets along the way.

At 23, Andrew Forsthoefel headed out the back door of his home in Chadds Ford, Pennsylvania, with a backpack, an audio recorder, his copies of Whitman and Rilke, and a sign that read “Walking to Listen.” He had just graduated from Middlebury College and was ready to begin his adult life, but he didn’t know how. So he decided to take a cross-country quest for guidance, one where everyone he met would be his guide.

Strays by Britt Collins
Homeless, alcoholic, and depressed, Michael King lives in a UPS loading bay on the wrong side of Portland, Oregon. One rainy night, he stumbles upon a hurt, starving, scruffy cat and takes her in. Nursing her back to health, he names her Tabor. When winter comes, they travel from Oregon to the beaches of California to the high plains of Montana, surviving blizzards and bears, angry steers and rainstorms. Along the way, people are drawn to the spirited, beautiful cat and moved to help Michael.

Tabor comforts Michael when he’s down, giving him someone to love and care for, inspiring him to get sober and come to terms with his past family traumas and grief over the death of his partner. But when Michael takes Tabor to a vet in Montana, he discovers that she has an identification chip and an owner who has never given up hope of finding her. Michael makes the difficult choice to return to Portland to reunite Tabor with her owner and learn to create a new purpose in his life after Tabor.

Travels with Charley in Search of America by John Steinbeck
In September 1960, John Steinbeck embarked on a journey across America. He felt that he might have lost touch with the country, with its speech, the smell of its grass and trees, its color and quality of light, the pulse of its people. To reassure himself, he set out on a voyage of rediscovery of the American identity, accompanied by a distinguished French poodle named Charley and riding in a three-quarter-ton pickup truck named Rocinante.