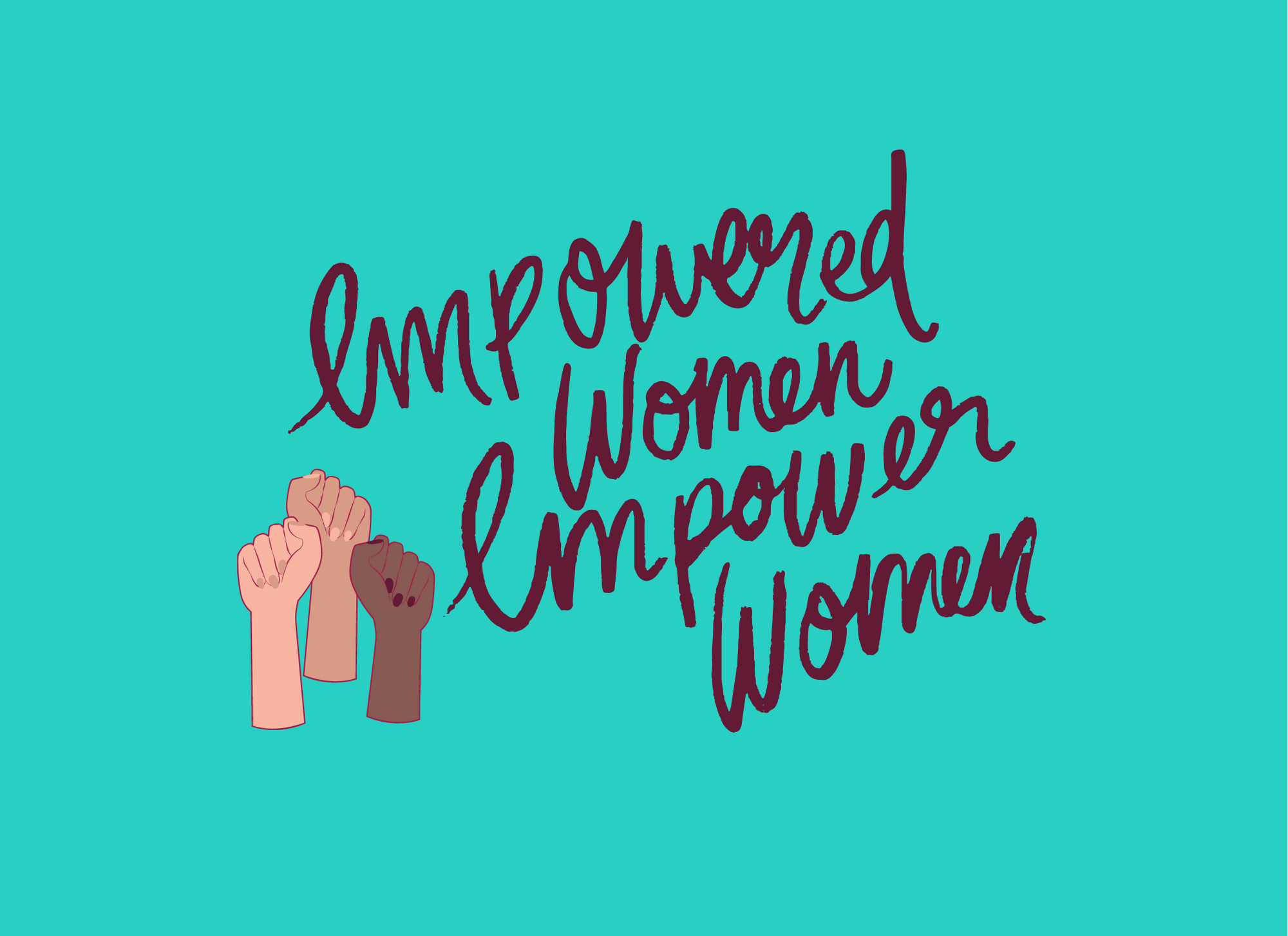 I often get weird looks when I tell people that some of my favorite books are non-fiction. I know that some people find non-fiction boring, but I love diving deep into the sea with marine biologists and exploring the stock market with economists. I wasn’t always a fan of non-fiction. In fact, there was a time that you couldn’t get me to read anything other than YA romance (seventeen-year-old me kept a list of all of Sarah Dessen’s love interests rated by most datable. Talk about embarrassing!).

One of the ways I dipped my toes into the genre was by starting with a book that had a collection of shorter stories. When the information is bite-sized, it’s much easier to swallow (pun intended) because you can pick it up and put it back down whenever you’d like without feeling overwhelmed or bored. So, for Women’s History Month, I put together a list of titles that feature real people, and their stories, in easy to digest chunks (and no more puns, I promise) that will be sure to inspire readers of all ages.

Noisemakers: 25 Women Who Raised Their Voices & Changed the World by Kazoo Magazine
Considering I bought a physical copy of this book for my niece after borrowing it through my local library, I had to include it on my list of Women’s History Month recommendations. Noisemakers details the stories of 25 incredible women throughout history, including Janko Tabei (the first woman to climb Mount Everest) and Josephine Baker (entertainer by day, Nazi-fighting spy by night).

What makes this book so special is that it encourages young readers to become noisemakers themselves. At the beginning of each story, the reader is asked to count all the things they have in common with each Noisemaker, proving that everyone has what it takes to raise their voice and change the world. Each story is also accompanied by a series of comics created by female artists. The comics make this a great book for any young reader, whether they read it themselves or read it with the help of someone else.

Rad American Women A-Z: Rebels, Trailblazers, and Visionaries who Shaped our History…and our Future! by Kate Schatz
Rad American Women A-Z has a nice mix of stories about well-known icons like punk-rocker Patti Smith (famous for her song “Because the Night”) and lesser-known ladies like activist Dolores Huerta (who cofounded the United Farm Workers Association).

I was pleasantly surprised to find an artist by the name of Maya Lin included as one of the visionaries featured. Maya Lin grew up in the very same small town in Southeastern Ohio that I did, and her parents both taught at the university where I eventually went on to study. In the early 1980s, Maya Lin designed the Washington D.C. Vietnam Veteran’s Memorial. By the time I went to university in the 2010s, she had an art installation on my campus that I walked by on my way to class daily. It really put into perspective how attainable being a rad woman truly is.

Rad American Women A-Z is recommended for readers in grades 3 and up.

Girl Squads: 20 Female Friendships That Changed History by Sam Maggs
Okay, I have to be honest here, this book had my eyes watering like you wouldn’t believe. Perhaps it’s because I haven’t seen my own squad in over a year, or maybe it’s because the Pisces in me is brought to tears by nearly everything (there isn’t a Subaru commercial in existence that hasn’t made me cry), but something about Girl Squads pulled my heartstrings just right.

Girl Squads takes women’s history up a notch by showcasing how a female duo, and in some cases, entire groups of women, can impact the world. Two of my favorite stories featured Madison Keys and Sloane Stephens (tennis prodigies that showed the world that even rivals have the ability to support each other) and The Edinburgh Seven (the first female medical students in Great Britain, whom later went on to open the London School of Medicine for Women).

This pick is a great read for anyone, but I think it’s a particularly good choice for older teens and young adults that feel like they can do just about anything as long as their BFF is by their side.

Modern HERstory: Stories of Women and Nonbinary People Rewriting History by Blair Imani
Of all the titles I am recommending for Women’s History Month, Modern HERstory features the most women that are still making an impact today. Their names, and all that they have accomplished, have not been told time and time again throughout history. Rather, most of their stories have continued to unfold in the present. Some of my favorite women featured were Linda Sarsour (Palestinian American Muslim activist and co-chair of the Women’s March) and Aditi Juneja (YouTuber and social justice advocate).

Readers should note that Modern HERstory does contain some mature content and touches on sensitive subjects like violence against the BIPOC and LGBTQ+ communities. However, its beautiful illustrations and true stories of perseverance will inspire any budding civil rights activist.

Bygone Bad*ss Broads: 52 Forgotten Women Who Changed the World by Mackenzi Lee
I first borrowed Bygone Bad*ass Broads because the cover was absolutely beautiful. Little did I know how much Mackenzi Lee’s casual writing style and sense of humor would draw me in.

What I loved most about Bygone Bad*ass Broads was that many, if not all, of the stories were entirely new to me. I particularly enjoyed the stories of Dorothy Arzner (a stenographer that started her career typing scripts, and later went on to become the first woman to join the Directors Guild of America) and Agnodice (a third century CE midwife that disguised herself as a man to practice medicine). Who else is imagining Amanda Bynes playing the lead in a quirky Agnodice biopic?

If there is any book that will convince you that reading non-fiction can be fun too, it’s this one! I found myself laughing out loud many times throughout.